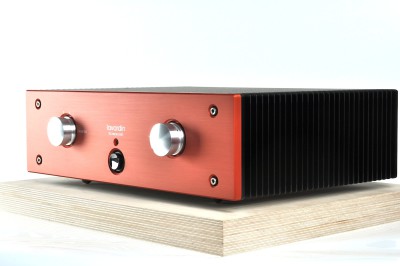 “One of the Ten most significant Amplifiers of all Time” according to The Absolute Sound Hi-Fi+. The French integrated amplifier “IT” first hit the audio scene about 15 years ago. Lavardin’s circuits rely on eliminating what the company calls ‘memory distortion’, a form of non-linear distortion in the time domain that is not recognized or measured elsewhere. The company suggests this distortion is inherently lower in tube amp designs compared to most solid state models, and this is the secret to the continued success of tubes. Lavardin’s solid-state circuits claim to reduce this temporal distortion to as low as 1,000th that of other solid-state designs. And there’s also a 15th anniversary amplifier that improves upon the IT. But it’s that first integrated amplifier that took the European audiophile world by storm that really started the ball rolling. Fifteen years on and, from a temporal perspective, few products still come close.